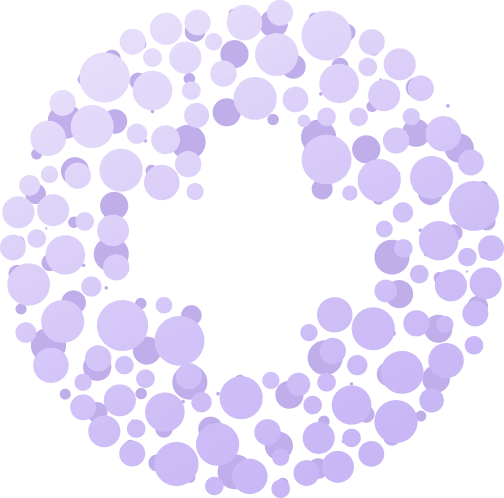 The Perils of Poor Documentation

Documentation, or the act of taking concise and accurate notes about your patient’s health and daily care, is probably not everyone’s favorite aspect of patient care. However, it is critical that all patient charting is complete in order to ensure accurate communication between members of the clinical team and medical providers. Incomplete or inaccurate documentation can have serious consequences for you, your patient, and your organization.

A Case Study: The Effects of Poor Documentation

Mrs. H was a 71-year-old long-term patient of a skilled nursing facility. She needed assistance with activities of daily living and was noted to have variable cognitive deficits. However, even though she had a history of severe malnutrition, pneumonia, urinary tract infections, and diabetes mellitus, she only had a handful of hospitalizations over the six years she was in the nursing facility.

Mrs. H’s health declined overnight. She was asked if she wanted to be hospitalized. She said no. The only documentation on the chart was that she was “coherent.” Her oxygen saturation was noted to be in the 70s. No further actions were taken. There was no record that her blood sugar was tested as per routine. Mid-morning the next day, Mrs. H was hospitalized. She died a week later in hospice care. The cause of death was hyperosmolar/diabetic ketoacidosis, poor nutrition for months, and diabetes mellitus for years.

Mrs. H’s three daughters sued the facility for medical malpractice, elder abuse, and wrongful death. They alleged the facility had poor record-keeping, failed to document and report changes in their mother’s condition, and obtained Medicare reimbursement without performing the services.

Could good documentation in an EHR have saved Mrs. H?

An electronic health record (EHR ) is a digital form of a patient chart. One of the major concerns noted in Mrs. H’s lawsuit was that the notations were not dated and timed, and they were illegible. An EHR would have mitigated this problem.

Other benefits of EHRs include:

Mistakes in Charting and How to Prevent Them

Patient safety is arguably the most important reason for accurate documentation, but reimbursement and defense against litigation are also important. Payors scrutinize medical records for proof of medical necessity and quality indicators. Lawyers examine what is said as well as what is not said. An offhand, subjective remark added to the medical records may seem harmless until a lawyer uses it in a lawsuit against you, your employer, and anyone else who bears any responsibility in the patient’s care.

One of the driving forces for establishing online patient portals was to ensure that all providers had access to a complete and accurate medical record. Now, patients and anyone else they permit can access their records. Record keeping must be accurate, objective, and timely while keeping in mind that many people may eventually read what was charted.

Not documenting all communications: When a patient has an adverse treatment outcome, reconstructing the events is difficult unless accurate notes detail each communication, including who was called, any messages left, and the follow-up actions that were taken. In addition, litigators will look for inconsistencies in reporting as well as any time lapses in which actions were not documented.

Not questioning orders: Not questioning medication doses that seem incorrect or orders for unexpected treatment can have dire consequences for a patient. Be sure to call and express your concerns about any reservations you have about a doctor’s order. The Food and Drug Administration estimates that medication errors injure 1.3 million people each year in the US and result in approximately 100,000 people dying. Medical errors cost roughly $20 billion each year.

Most medical errors are not secondary to caregiver recklessness or incompetence. Instead, they are the result of system failures. Some of the systemic issues can be mitigated by standardizing processes and employing evidence-based practices.

SAIVA data analytics can help save lives, reduce hospitalizations and cut costs, but not alone. SAIVA AI uses machine learning to evaluate the notes, comments, and numbers care providers enter. These data points are tracked across shifts and between providers. As a result, computers can assess vast amounts of data and note inconsistencies and trends. These trends and deviations are used to identify your most vulnerable patients.
You may have heard computer scientists say—garbage in, garbage out. To get the best results and provide the best clinical care possible, all data and documentation the software evaluates must be accurate, complete, and timely.

Our experience has been that skilled nursing facilities that have paid close attention to the accuracy of the data they enter, reap the benefits in the future. If models are built based on poor historical data, the quality of the model that can be built is limited. However, if good data is used, good models can be built.

While it is important that all documentation is accurate and complete, it is also important to note that nurses and other care providers do not need to enter any extraneous or additional information in order to have their patients benefit from SAIVA data analytics.

GET STARTED WITH AI INSIGHTS

Get AI Insights
up
We use cookies on our website to give you the most relevant experience by remembering your preferences and repeat visits. By clicking “Accept”, you consent to the use of ALL the cookies.
Do not sell my personal information.
Cookie SettingsAccept
Manage consent

This website uses cookies to improve your experience while you navigate through the website. Out of these, the cookies that are categorized as necessary are stored on your browser as they are essential for the working of basic functionalities of the website. We also use third-party cookies that help us analyze and understand how you use this website. These cookies will be stored in your browser only with your consent. You also have the option to opt-out of these cookies. But opting out of some of these cookies may affect your browsing experience.
Necessary Always Enabled
Necessary cookies are absolutely essential for the website to function properly. These cookies ensure basic functionalities and security features of the website, anonymously.
Functional
Functional cookies help to perform certain functionalities like sharing the content of the website on social media platforms, collect feedbacks, and other third-party features.
Performance
Performance cookies are used to understand and analyze the key performance indexes of the website which helps in delivering a better user experience for the visitors.
Analytics
Analytical cookies are used to understand how visitors interact with the website. These cookies help provide information on metrics the number of visitors, bounce rate, traffic source, etc.
Advertisement
Advertisement cookies are used to provide visitors with relevant ads and marketing campaigns. These cookies track visitors across websites and collect information to provide customized ads.
Others
Other uncategorized cookies are those that are being analyzed and have not been classified into a category as yet.
SAVE & ACCEPT